As a lecturer and historical consultant he has appeared and advised on the TV documentary series Secrets of the Dead (Channel 4 & Sky One, 1999) and also Instruments of Death (Yesterday Channel, 2012). Most recently he advised on Hotspur for the BBC series Danny Dyer’s Right Royal Family (2019) and is currently working on a novel set in the Crimea.

Learn about his latest novel: Hotspur 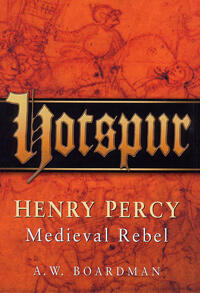 "If you like the end of the fourteenth century, and want to understand the code of chivalry as it was lived during that time, this book should be in your hands!"

Henry Percy –‘Hotspur’- has become an almost legendary character. Immortalised by Shakespeare in Henry IV, he is seen as the archetypal anti-hero – the chivalrous medieval rebel who challenged Henry IV. In this first full-length account of Hotspur’s life, Andrew Boardman reveals the real Henry Percy – his background, his overbearing family and the rise to fame which brought him into direct confrontation with the king. 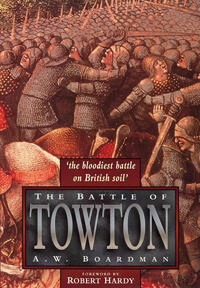 The Battle of Towton

"Boardman has an unrivalled knowledge of the ground and the record, such as it is, of the battle fought there."

On Palm Sunday 1461 a ruthless and bitterly contested battle was fought by two massive medieval armies on an exposed Yorkshire plateau for the prize of the crown of England. This singular battle in the Wars of the Roses has acquired the auspicious title of the longest, biggest and bloodiest battle ever fought on British soil. 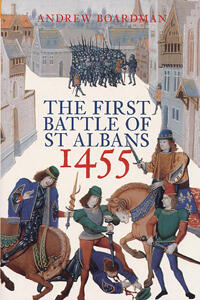 The First Battle of St Albans 1455

"Anyone with the smallest interest in the history of our city should read The First Battle of St Albans."

For many years the battle of Bosworth was traditionally regarded as the final encounter of the Wars of the Roses. However, today most historians agree that the final pitched battle of the wars was fought at Stoke Field in 1487. So if the battle of Stoke signified the end of the conflict where did York and Lancaster first cross swords? 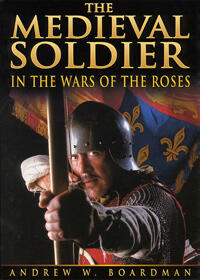 The Medieval Soldier in the Wars of the Roses

In this revealing study of the medieval soldier Andrew Boardman uses a variety of documentary sources to answer questions about who fought the Wars of the Roses. Eyewitness accounts of the men who fought as captains, archers, artillerymen, billmen, men-at-arms and cavalry – both in England and abroad – are used to paint a vivid picture of fifteenth-century conflict in all its confusion and violence.

For the first time, the true story of Shakespeare’s Harry Hotspur, brought to life as a novel.

Get a reminder when Hotspur is available:

...and by his light did all the chivalry of England move

Told by Hotspur’s squire, we learn how young Harry Percy is thrown into the Hundred Years War and is traumatised for life. But far from retiring within his fears, Percy decides to become the epitome of medieval chivalry.

As the renowned ‘Hotspur’ he serves a king not fit to rule and a family who will stop at nothing to win ultimate power over their rivals. But corruption and murder are waiting in the wings to frustrate Hotspur’s plans of limiting violence, and his childhood friend Bolingbroke desires the throne. If Hotspur remains true to his chivalric values he must choose between loyalty to his family or his country; choices that will ultimately mean there will be no victors, only survivors.

"The borders of the kingdom are divided, social infrastructure is crumbling, and England is at odds with foreign powers. Sounds familiar? But this is medieval England, and Hotspur is the only man who can save it. A great read and a timely lesson in history!"

"This is the book I have been longing to find, let alone read. It exceeds all expectations. Beg, steal or borrow a copy...Superb."

For press enquiries please reach out to press@awboardman.com